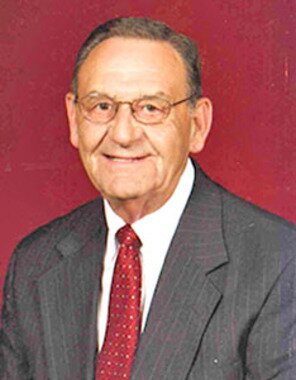 Please share a memory of Donald to include in a keepsake book for family and friends.
View Tribute Book

HAMPDEN - Donald Emmons, 88, passed away July 21, 2022, after some time of declining health. He passed at home with his loving wife of 28 years, Darlene (Cyr) Emmons by his side. Born in Richmond, Maine on March 10, 1934, to Donald Emmons Sr. and Juliette (Banville) Emmons.

Don graduated from Biddeford High School and went directly into the U.S. Air Force. Stationed at Loring Air Force Base in Limestone and TDY overseas during the Korean and Vietnam wars loading bombs on planes. Leaving the military as an alcoholic he was unable to hold onto his wife and 3 children, he became homeless. In January of 1974, his brother-in-law, Glenn Grant, helped get him into treatment.

Once sober Don went on to become an advocate for helping others win the battle of substance abuse. With the help of Senator Muskie his dishonorable discharge was reversed, he joined the Air National Guard where he made the rank of Master Sergeant and became the Drug & Alcohol Superintendent for all of the Maine State Air Guard working with all units and communities.

Over the years he held many positions in the Substance Abuse Field some of which were Family Program Director at EMMC Alcohol Institute to create a family treatment program; Coordinator of Adolescent Chemical Dependency at York Hospital and a consultant for York County Shelters and Director of Hope House Substance Abuse Treatment Facility. He also spent many years traveling and speaking at High Schools throughout the State on Substance Abuse and the effect it had on the children in the household and the rolls those children took upon themselves because of the substance abuse of a parent.

In 1994 Don retired for the first time and went to work for Walmart as a greeter to keep himself busy. He didn't do that long - soon becoming the Regional Community Relations Coordinator for stores in Maine, New Hampshire, Massachusetts, Vermont and upstate New York. His mission was to teach management and associates how to fulfill Walmart's commitments at that time in giving back to their communities.

Retiring again in 2009 he went to work for Dirigo Pines transporting residents to different appointments and activities.

Don loved people and had a way with them. He had a wonderful sense of humor and was a joy to spend time with. He worked over the years to mend his relationship with his children and to overcome and make up for his earlier years.

Graveside services will be held on August 4, 2022 at 2 p.m. at Northern Maine Veterans' Memorial Cemetery in Caribou. Condolences may be shared with the family at cremationbasics.com.

To send flowers to the family or plant a tree in memory of Donald Emmons, please visit Tribute Store
Thursday
4
August

Look inside to read what others have shared
Family and friends are coming together online to create a special keepsake. Every memory left on the online obituary will be automatically included in this book.
View Tribute Book
Share Your Memory of
Donald
Upload Your Memory View All Memories
Be the first to upload a memory!
Share A Memory
Send Flowers
Plant a Tree