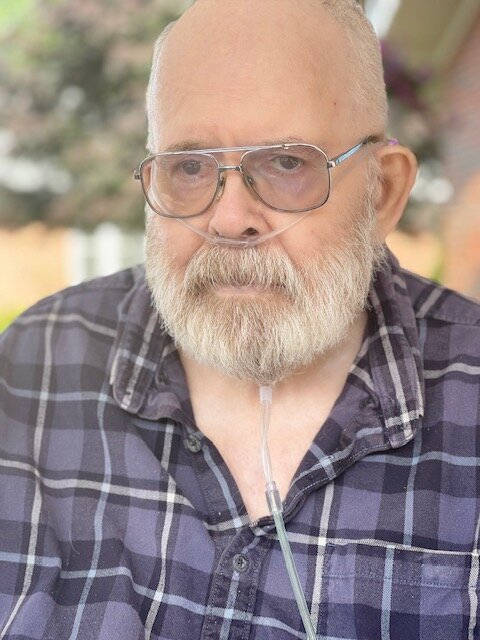 A memorial service will be held at Lee Academy, Lee, Maine in late May/Mid June.

VEAZIE - Stephen Russell Sawyer, 81, passed away peacefully on his own terms, on Sunday, February 13, 2022, at 11:26 p.m. at Brewer Health and Rehabilitation Center after a lengthy battle with COPD and a recent Covid-19 hospitalization. Stephen was surrounded by family and passed away peacefully. He was born on August 2, 1940, in Castine, Maine, the only son of Lillian Mae Yetman Sawyer and Maynard Russell Sawyer.

Stephen dedicated his life to educating and caring for others. He was a lifelong learner and felt deeply that in order to be a positive contributor to the community that we live in, that we must always be willing to learn and evolve our thinking as times change. He was never afraid to admit when he was wrong and was one of the most humble people we knew. He valued his family and cherished every moment spent with them.

On July 10, 1976, Stephen married his beloved wife, Therese (Bouchard), who lit up his face whenever she walked into the room. As an only child, he was welcomed by Therese's mother, Gladys Bouchard, and her 9 brothers and sisters, who treated him as one of their own. After years with no siblings, he finally had 9 and all of the love and adventures that came with them. He was the devoted father of two children, Kimberly Mae and Stephen Maynard. The pride that he had for his children was endless and he made sure that they knew how much that they were loved every moment of their lives.

Stephen was a member of the Maine Air National Guard 265th Radio Relay Squadron and was honorably discharged September 29, 1963. While he did not serve in active duty, he was proud to have served his country to through the Guards.

Stephen was a proud graduate of the University of Maine at Orono, class of 1962. During his time at UMO, he was an active member of the college community and a proud member of Theta Chi fraternity.

In 1962, Stephen began his career at Lee Academy where he fondly became known to many as "Mr. Sawyer" or "Papa Sawyer." Stephen's teaching career was very diverse over the 34 years that he committed to educating students. He taught astronomy, photography, general and physical science, world and ancient history and English I, II, III, and IV. During his first 13 years of his teaching career, he was the dorm father. He also served as assistant headmaster for 9 years. He set up the planetarium and photography labs on campus and spent many years as the faithful scoreboard keeper at all of the home basketball games where he was never short of jokes and wisdom as players approached the score table to enter the games. Stephen was one of those rare generational educators that taught students from many generations of families and was able to share stories with students about their parents, aunts, and uncles when he had them in school. Many will remember his advice that he shared with them as they left the "Brick Mitten" and entered the world beyond Dear Old L.A.

Stephen is survived by the love of his life, Therese Suzanne Bouchard Sawyer of Veazie, ME; and his children, Kimberly Mae Sawyer Odusami and her husband, Olamide Olugbenga Odusami, of Melrose, MA, and his son, Stephen Maynard Sawyer and his wife, Mary Anderson Sawyer, of Framingham, MA. He is also survived by 7 sisters-in-law and brothers-in-law and their spouses; and 13 nieces and nephews.

A memorial service will be held at Lee Academy, Lee, Maine in late May/Mid June. In lieu of flowers, a memorial scholarship at Lee Academy is being established. Checks can be mailed to Lee Academy c/o the Stephen R. Sawyer Memorial Scholarship Fund. Condolences may be shared with the family at cremationbasics.com.

Share Your Memory of
Stephen
Upload Your Memory View All Memories
Be the first to upload a memory!
Share A Memory