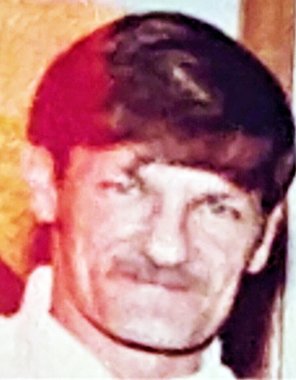 On February 6, 2020, Craig Young, Sr. passed away peacefully at the Mayo hospital in Dover-Foxcroft, Maine. Craig was born August 21, 1951, to Beryl Gertrude (Giggey) and Louis Young in Palmer, Massachusetts. Craig was profoundly and irrevocably loved by his mother; no trials or tribulations resulted in anything less than open arms and a heart full of hope at the end. Craig was his own man and lived most of his life by his own rules. Some plans worked out better than others. As a younger man, Craig never avoided a fight, and while fearless and physically strong, he had a permanent soft spot for the underdog. His true friends got a loyal friend for life in Craig; for a friend in need, he would give anything he had. As family and friends connected to talk after his death, these are some recurring words to best describe him: Hard worker, smart, cocky, funny, tough, giving, magnetic, scrappy, independent, loved the ladies, and adventurous. Not a bad list. In Craig's youth, he was an advanced bodybuilder and won multiple trophies for his bench press strength. He was a fierce and focused competitor. Over the years, Craig developed many skills in building construction, carving out a living working in several states on many projects, sometimes side by side with his brothers Larry and Billy. Later in life, he became an advanced and dedicated horticulturalist and found he had a great green thumb. Craig is survived by two sons, Craig Young, II and Jeremiah Young; he is also survived by four siblings in Aroostook County, Maine: Larry Young, Bill Young, Brenda Chapman, and Sam Chapman; additionally, Craig is survived by his stepbrother and sister, Johnny and June Chapman; as well as several nieces and nephews throughout the country. Craig was predeceased by his parents, Beryl (Giggey) Wilcox and Louis Young, as well as his beloved sister, Annette "Mickey" Craddock, and brother Darrell Chapman. Of the countless friends, Craig leaves behind, Derry and Jackie Starbird of Dover-Foxcroft held a very special place for Craig. Derry helped navigate Craig's cancer with him, going to doctor visits and helping arrange care, keeping Craig's spirits up, and sharing a home when chemotherapy took everything Craig had left physically. Forty years of friendship looks like that. To honor Craig's memory, here are a few things that would make him smile: start a conversation about medical marijuana and its place in medicine; stand up for someone who really needs a friend right now; or thank a CNA, a nurse, a palliative/home health provider, a pharmacist, or a physician for the care and comfort they provide every day. A service for Craig is being planned for spring, 2020, with interment at St Denis Catholic Cemetery in Fort Fairfield, Maine. Craig, if there are fiddleheads in heaven (and there should be), you get to go pick them now with your "Number 1 Girl." All your 'sweethearts' left behind will miss you until we meet again.
To send flowers to the family or plant a tree in memory of Craig Young, Sr., please visit Tribute Store

A Memorial Tree was planted for Craig
We are deeply sorry for your loss ~ the staff at Cremation Basics
Join in honoring their life - plant a memorial tree
Services for Craig Young, Sr.
There are no events scheduled. You can still show your support by sending flowers directly to the family, or planting a memorial tree in memory of Craig Young, Sr..
Visit the Tribute Store
Share Your Memory of
Craig
Upload Your Memory View All Memories
Be the first to upload a memory!
Share A Memory
Send Flowers
Plant a Tree